What is the Link Between Insulin and Alzheimer’s Disease?

Insulin, glucose, Alzheimerâ€™s disease, Dementia â€¦ how are these things all connected?

Weâ€™ll be honest, it can get a little complicated, but we know so much more about the human body now that itâ€™s really worth taking a little time to understand how it all works.

If you, or a friend or family member, has diabetes then you may already have looked into the roles of glucose and insulin in the body.

Today, weâ€™re going to break it right down, step by step, so that you understand why part of the Bredesen Protocol, our treatment plan for Alzheimerâ€™s and Dementia, involves tackling glucose and insulin levels in the body.

What is Glucose? What is Insulin?

Glucose is a simple sugar, and it is one of the preferred energy sources for the body. However, it is also toxic in high quantities. We need to be vigilant about the amount of glucose, or blood sugar, we are carrying in our bodies, but that can be tricky.

We get glucose from carbohydrates such as bread, fruits, vegetables and dairy, but most of us are consuming way too much.

Glucose is a simple sugar, and it is one of the preferred energy sources for the body. However, it is also toxic in high quantities. We need to be vigilant about the amount of glucose, or blood sugar, we are carrying in our bodies, but that can be tricky.

We get glucose from carbohydrates such as bread, fruits, vegetables and dairy, but most of us are consuming way too much.

In â€˜The End of Alzheimerâ€™sâ€™ by Dr Bredesen (we will refer a lot to this book throughout!), we learn that:

â€˜The human body is not designed to process more than 15 grams per day of sugars, far less than in one soft drink (which has 40-100g depending on the size of the soft drink), but our diets are laced with them, from sugary fizzy drinks to sweetened cereals and yoghurts – even shop-bought bread!â€™ Dr Dale Bredesen

Author of The End of Alzheimer's

Okay, so our modern day diets donâ€™t make it easy to avoid eating glucose. What happens in the body?

Ideally, glucose is processed several times per day. Glucose is broken down into useable energy sources by enzymes and a hormone, insulin, which is made in the pancreas.

Diabetes can be caused by a few different things, from the pancreas not producing the right hormones at the right time, to insulin resistance.

Insulin resistance means that the body no longer realises that it is producing insulin, making more and more. Insulin resistance is the problem that can contribute towards symptoms of Alzheimerâ€™s, Dementia and cognitive decline.

Letâ€™s explore how that works, now.

What is the Link Between Insulin and Alzheimerâ€™s Disease?

When something is always there, we stop responding to it. Think about how you might stop noticing a fragrance after a while because youâ€™ve been in a heavily-perfumed room, or perhaps the noises and alerts that once made you jump in shock after stepping sleepily onto a commuter train in the morning become second nature.

Thatâ€™s what is happening in our bodies:

Insulin resistance contributes to type 2 Diabetes for this reason, but what about Dementia?

Insulinâ€™s job isnâ€™t just to break down glucose. The body creates things which work much harder than that, and insulin has a few other roles to play in the way your body works. There are two reasons why insulin resistance causes problems related to Alzheimerâ€™s and Dementia:

Still with us? Weâ€™ve gone from eating too much sugar, to producing too much insulin, to insulin resistance, to needing a lot of IDE to break down all that insulin again, and now weâ€™re meeting a new character in the story of insulin and Alzheimerâ€™s Disease: amyloid beta. Amyloid beta is an amino acid, and it is closely linked to Alzheimerâ€™s disease.

Weâ€™ve gone from eating too much sugar, to producing too much insulin, to insulin resistance, to needing a lot of IDE to break down all that insulin again, and now weâ€™re meeting a new character in the story of insulin and Alzheimerâ€™s Disease: amyloid beta.

Amyloid beta causes Alzheimerâ€™s disease â€¦ this was the backbone of lots of studies into Alzheimerâ€™s and Dementia, and looking for treatments.

â€˜Targeting amyloid was supposed to be the golden ticket to curing Alzheimerâ€™s. It wasnâ€™tâ€™.

Author of The End of Alzheimer's

We now realise that amyloid always appears in the brain alongside Alzheimerâ€™s symptoms because it is one of the bodyâ€™s ways of coping with Alzheimerâ€™s Disease. Itâ€™s an indicator, rather than necessarily a cause.

Letâ€™s bring it back to insulin. Letâ€™s say that we have high blood sugar levels, as a result of modern diets containing a lot of sugar. The body is flooded with insulin, and over a period of time, develops resistance to insulin. The body is therefore also producing a lot of IDE (insulin degrading enzyme), and there is far less of it available in the brain to break down amyloid beta, so amyloid beta levels increase.

Until this point, that increase in amyloid beta was assumed to be a cause of Alzheimerâ€™s disease, but itâ€™s actually an effect: amyloid beta is result of the brain trying to regain balance again. 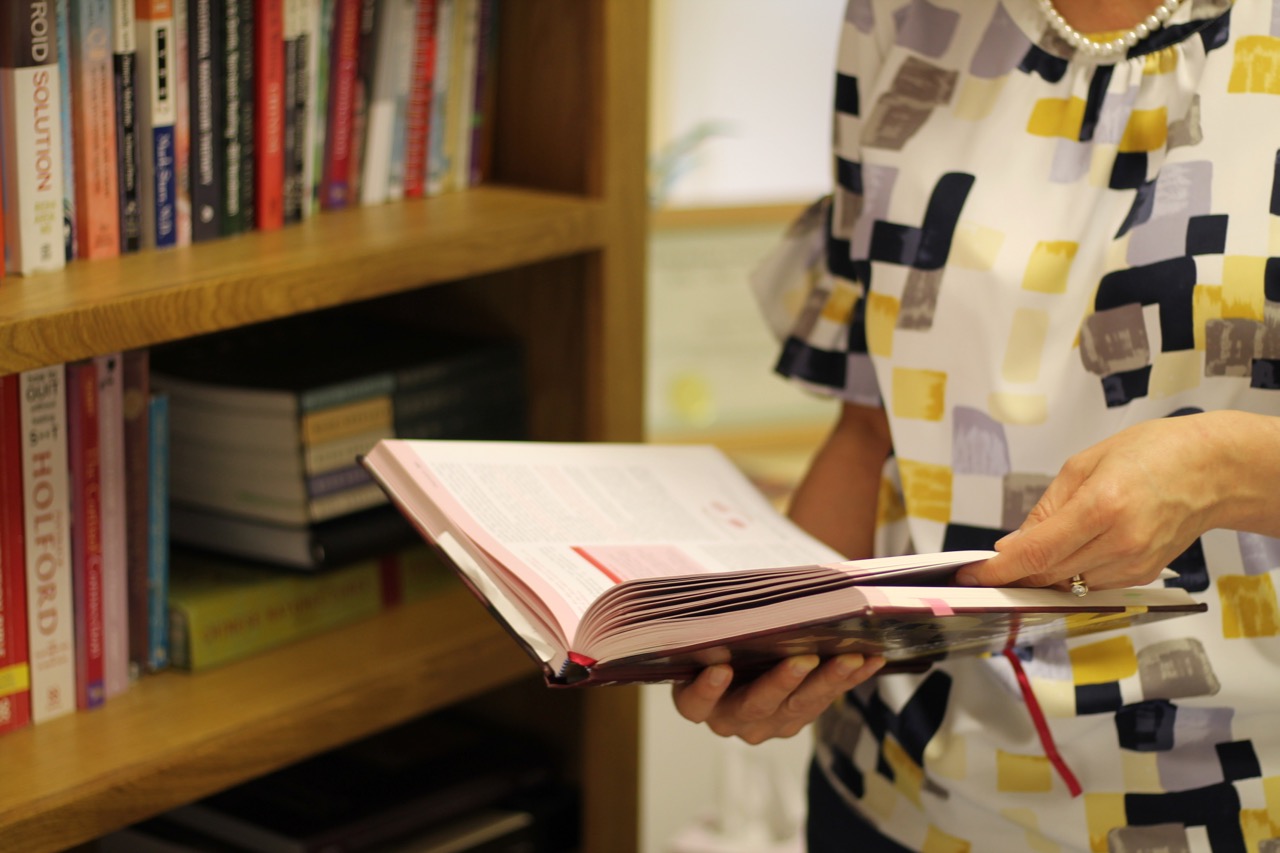 Conclusion: The Link Between Insulin and Alzheimerâ€™s Disease

Now, if you were hoping to reach this conclusion and read a satisfying, clear link between insulin resistance and Alzheimerâ€™s, then Iâ€™m afraid that we have misled you.

In fact, itâ€™s not us – itâ€™s the driving logic behind modern, western medicine. Western medicine is reactive – it fights fires in the body, responding to illnesses and trying to find treatments for symptoms, rather than actually investigating and fixing the root causes.

Alzheimerâ€™s Disease and Dementia demand a different approach. Where diseases such as cancer result from something going wrong in the body – a build-up of damaged, malignant cells; Alzheimerâ€™s and Dementia are the result of the body trying to protect itself from three toxic threats, but being unable to do so because the balance is all wrong.

Insulin resistance is only one of many factors which fall into those three threat categories, and must all be considered in order to treat Alzheimerâ€™s and Dementia effectively.

That is why we may never find a single â€˜cureâ€™, but we have already started to figure out how to efficiently test people and create personalised treatment plans based on their bodyâ€™s responses to these threats.

Insulin resistance is â€˜arguably the single most important metabolic contributor to Alzheimerâ€™s disease development and progressionâ€™ (The End of Alzheimerâ€™s, Dr Bredesen).

If youâ€™re interested in talking to us about getting tested, getting treatment or just getting a bit of support with personalised treatment plans for Alzheimerâ€™s and Dementia, then send us a message and weâ€™ll set up a call with our clinic directors, Jean and Charmaine.

We also have a dedicated nutritionist, dentist and a team of experts on hand to discuss your health.

We hope youâ€™ve found this article, focussing on insulin resistance and Alzheimerâ€™s disease, useful! Let us know in the comments if thereâ€™s anything we can explain more clearly.

How to Deal with Depression as a Dementia Carer

Back in 2014, a study reported that 4 in 10 people caring for Dementia patients suffer from Depression. Itâ€™s not difficult to imagine why. The emotional and physical strength needed to care for a loved one who is no longer able to care for themselves can be immense....

The importance of the care team

One of the most reliable predictors of the outcome of the treatment is how committed the care team is to support the patient.Â Â We ask a lot of our patientâ€™s carers and so we also make sure before we consider taking on a patient that a certain level of care is in...